As the season draws to a close, the majority of Chelsea fans believed a trophy would be on the cards come May, with The Special One back at the helm. It was not to be a fairy tale ending in his first season back. Knocked out in the penultimate hurdle of the Champions League (semi-final) to Atletico Madrid, ran the Premier League to the wire with a some very questionable results and suffered terrible defeats to Man City in the FA Cup and Sunderland in Capital One Cup.

On a more positive note, Chelsea named their player of the year earlier this week and the candidates are:
- Eden Hazard
- John Terry
- Gary Cahill
- Cesar Azpilicueta

With every match considered, I would personally like to mention Willian as a contender, who began the season a little rusty but with every match, began to cement his place in the Chelsea starting eleven. His engine is second to none and his passing is also very precise. His amazing off-the-ball work is what has prompted Jose Mourinho to start Willian in most games this season. He is a battery-power bunny. A solid debut season for the Brazilian. An improvement would be for him to work on his dead ball situations. Time and time again, they would be poor deliveries from a corner or a free-kick.
Another player to consider is Nemanja Matic. Granted, he only arrived back in Jan 2014 for £21 million from Benfica, his contribution has helped a lot in the Premier League and it was evident at times that his powerful, defensive work rate with some key assists and dribbles were missed in the Champions League this campaign. Reminding me of the Road Runner (the cartoon) for some strange reason, his tireless work ethic and steel is exactly what Chelsea needed to solidify the defensive position.
Having mentioned this, I would pick a top three with ultimately Gary Cahill as the winner, Cesar Azpilicueta in second and Willian in third place.
Improvements must be made for next season if we are to WIN the Premier League and WIN the Champions League having been eliminated from both at the last hurdle. Firstly, I think John Terry, Ashley Cole and Frank Lampard should all be given new one-year deals but it doesn't look likely. If they are to be rejected of new deals, I wish them all the best in the latter stages of their careers and hopefully, they'll come back one day.
A striker is crucial. Romelu Lukaku coming back is very handy and will indeed mean we have a physical target who is hungry for goals however, Chelsea need one or perhaps two more deadly strikers. Diego Costa or at least someone of his calibre is a must and an impact striker in the shape of Javier Hernandez, would benefit the forward line immensely. I think with Ramires going missing in a lot of games this season, someone in the form of Ivan Rakitic wouldn't be a miss to compete for a starting spot next to Nemanja Matic. A left back would be ideal with the thoughts that Ashley Cole has played his last game, Ryan Bertrand out of favour and Cesar Azpilicueta naturally, a right back. Luke Shaw? Alberto Moreno? Felipe Luis? Your guess is as good as mine on this one however, I'd ideally like Luke Shaw who is the youngest, has experience in the Premier League and is also English. Thibaut Courtois and Kurt Zouma should also return to the Chelsea squad.
Bearing this in mind, the World Cup is next so all these transfers could be scuppered with injuries, sky-high prices and other external factors.
A solid season for the Blues of London but we need to improve next season if we are to end the season with trophies in the cabinet! 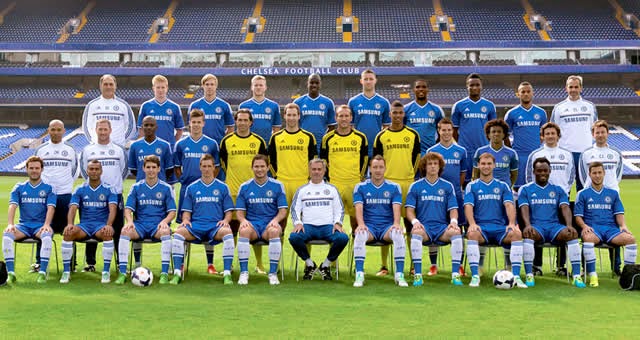