One striker bought, one job saved

One striker bought, one job saved

With the Premier League season fast approaching, I still believe there are one or two signings to be made. Only the end of July, I had thought Chelsea's team was complete. A minimum of two players above average in every position - Thibaut Courtois and Petr Cech, Branislav Ivanovic and Cesar Azpilicueta, Eden Hazard and Andre Schurrle etc etc etc. I was feeling very optimistic about the season ahead.
Now, only a week after, I'm again having a few doubts. Chelsea have sold Romelu Lukaku for £28 million and loaned Ryan Bertrand to Southampton in recent weeks. The LB position needed strengthening this summer with Ashley Cole and Patrick Van Aanholt leaving the club and evidently, Ryan Bertrand not being able to fill the void. Filipe Luis was brought in to solidify and enhance the LB position having played Cesar Azpilicueta, the right back, in unfamiliar territory last term. This time round, I believe Filipe Luis and Nathan Ake will be enough to hold the position with again, Cesar Azpilicueta able to slot in at left back if needs must.


My doubts come from the striker department - a familiar song sung by the Chelsea faithful. Of the three strikers Chelsea had at the Bridge last term, only one has survived the axe. Demba Ba waved goodbye to England as he headed towards Turkey, in the shape of Besiktas and Samuel Eto'o has been released of his duties. Fernando Torres is the only man standing from striking options of last term. Diego Costa has come in to be the main man at the Bridge this season with the returning hero of Didier Drogba! Now I'm one to be optimistic in situations, but in the unlikely event of Diego Costa being suspended, due to his short fuse or even worse, getting injured, and Didier Drogba in the African Cup of Nations, are Chelsea going to rely on the hardworking but goal shy Fernando Torres? I'm not too impressed.

I have always been one to give Patrick Bamford the fourth slot as striker in order for him to learn from experienced heads such as Didier Drogba but I can't deny, I'm screaming for one more striking option. Mario Balotelli? Radamel Falcao? Edinson Cavani? Maybe a cheaper option in Loic Remy? Or perhaps the physicality of Wilfred Bony?

Well in truth, I would prefer a physical player who is used to the Premier League and that only comes from Mario Balotelli or Wilfred Bony although wouldn't disagree with any mentioned above. Even though he failed his Liverpool medical, Loic Remy knows the Premier League, how to score goals and supposedly a small buy-out clause for Top 4 teams, below £10 million if I remember rightly.

I highly believe that if Chelsea are left with Fernando Torres for a long period of time, Chelsea again finish the season trophyless, Jose Mourinho's name will be a mere memory among Stamford Bridge.

Let's hope Chelsea are ready when they arrive at Turf Moor. 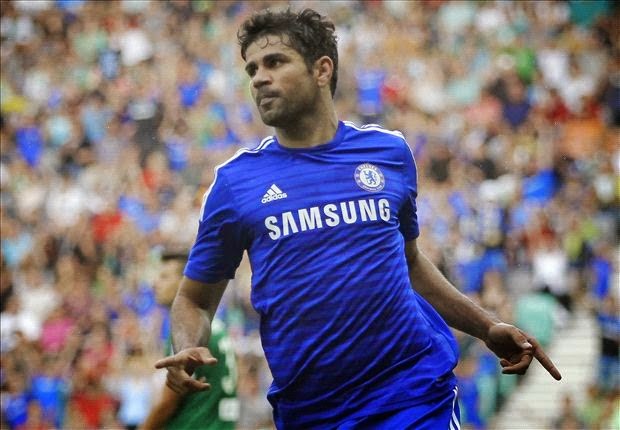