After a lackadaisical start by The Blues, conceding a goal early in the first half, seemed to breach life into Chelsea FC. The comparison can only be made from last season where a standard 2-0 win against Hull City was the start to a trophy-less campaign. A Jose Mourinho-esque win, won comfortably, no goals conceded and a solid yet lacklustre display last year was the typical style of Chelsea Football Club. However, this time around, after seeing big heads depart and bringing in world class players in addition to the maturity of Andre Schurrle, Chelsea won the opening game 3-1 against Burnley. There was an evident hunger in the side. Strong, powerful and physical, Chelsea FC are on top of the pile after one game. This of course, means nothing.
Jose Mourinho referred back to Cesar Azpilicueta at LB, something that was only seen last season which was very effective, as Chelsea went on to only concede 27 goals in the Barclays Premier League. Burnley, were a team who showed fight and spirit, scoring first with a superb strike from Scott Arfield. Thibaut Courtois (who was making his debut for Chelsea) couldn't prevent it from reaching the back of the net. This seemed to be a wake up call for Chelsea as alarm clocks rang inside their heads. A mere three minutes it took for Chelsea to equalise through another new deubutant Diego Costa. Branislav Ivanovic causing problems, the ball hits the post and kindly deflects to Diego Costa who smashes it home. Diego Costa could have added another if he wasn't controversially taken down and then booked by the referee, Michael Oliver for an apparent dive. Video replays further show that he in fact, was taken down and Chelsea should have been awarded a penalty. The game was 1-1 at the time.
However, the following goal was pure artistry. 25 passes were played through the move to lead to a fantastic goal by Andre Schurrle, a man who has leaped strides over the past twelve months. A beautiful mazy run by Eden Hazard, who found Branislav Ivanovic and he found yet another new recruit in Cesc Fabregas, who played an exquisite pass to Andre Schurrle to overturn a 1-0 deficit in seven minutes, breathtaking to watch. A friend of mine has ALREADY described it as a contender for goal of the season. A third came twelve minutes before half time from the foot of Branislav Ivanovic, who had a superb game at right back. A great delivery from Cesc Fabregas again, this time from a corner and it found Ivanovic in space, which he really shouldn't have had, to break down a spirited Burnley side.  The second half, Chelsea took the foot off the gas and nulled Burnley to limited chances while creating far less of their own. The game finishing 3-1 to away side (Chelsea) who play another promoted side Leicester City on Saturday 23rd August at Stamford Bridge at 3 pm.
On a side note, I still believe Chelsea are lacking a back-up striker to Diego Costa. This is the only issue that worries me currently within the squad. There are a vast number of strikers who are available and would cost a reasonable sum. A few names touted around are Loic Remy, Mattia Destro and Wilfred Bony. Personally, Loic Remy will be the cheapest of the three and has had experience at two different Premier League sides. For under £10 million, I would gamble on Loic Remy who has failed a medical at Liverpool. Apart from this little scare, I am optimistic of this new season. 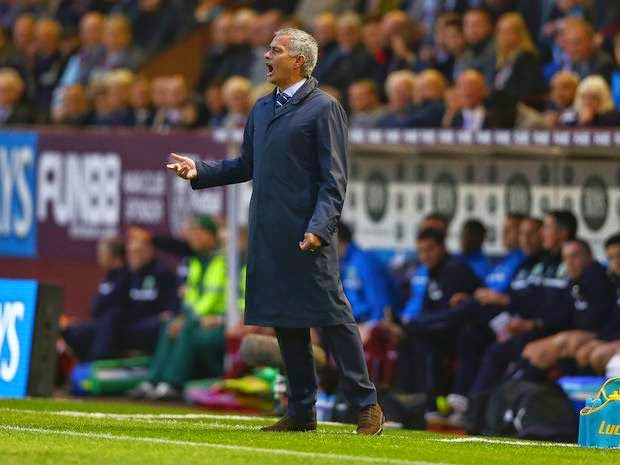